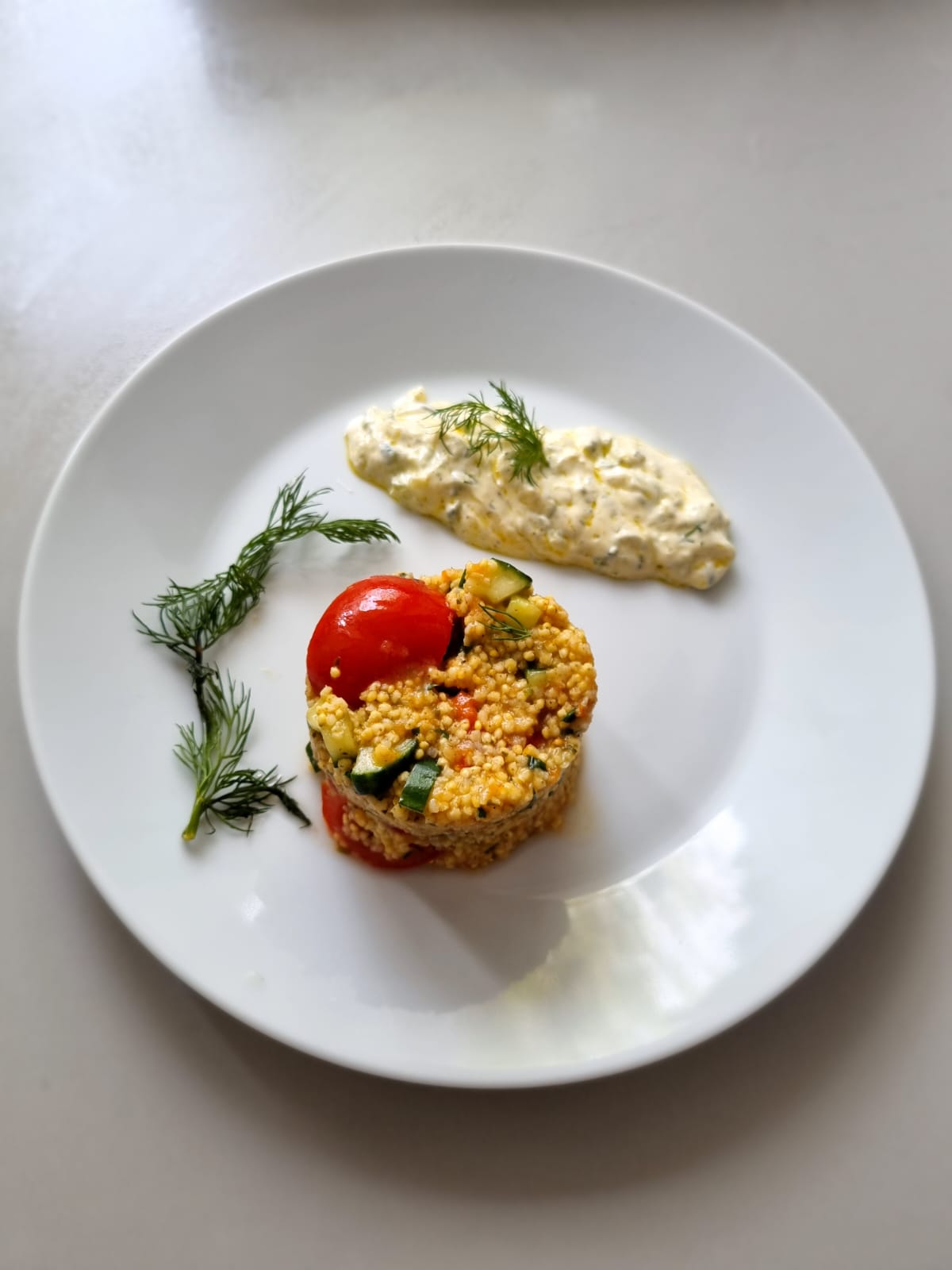 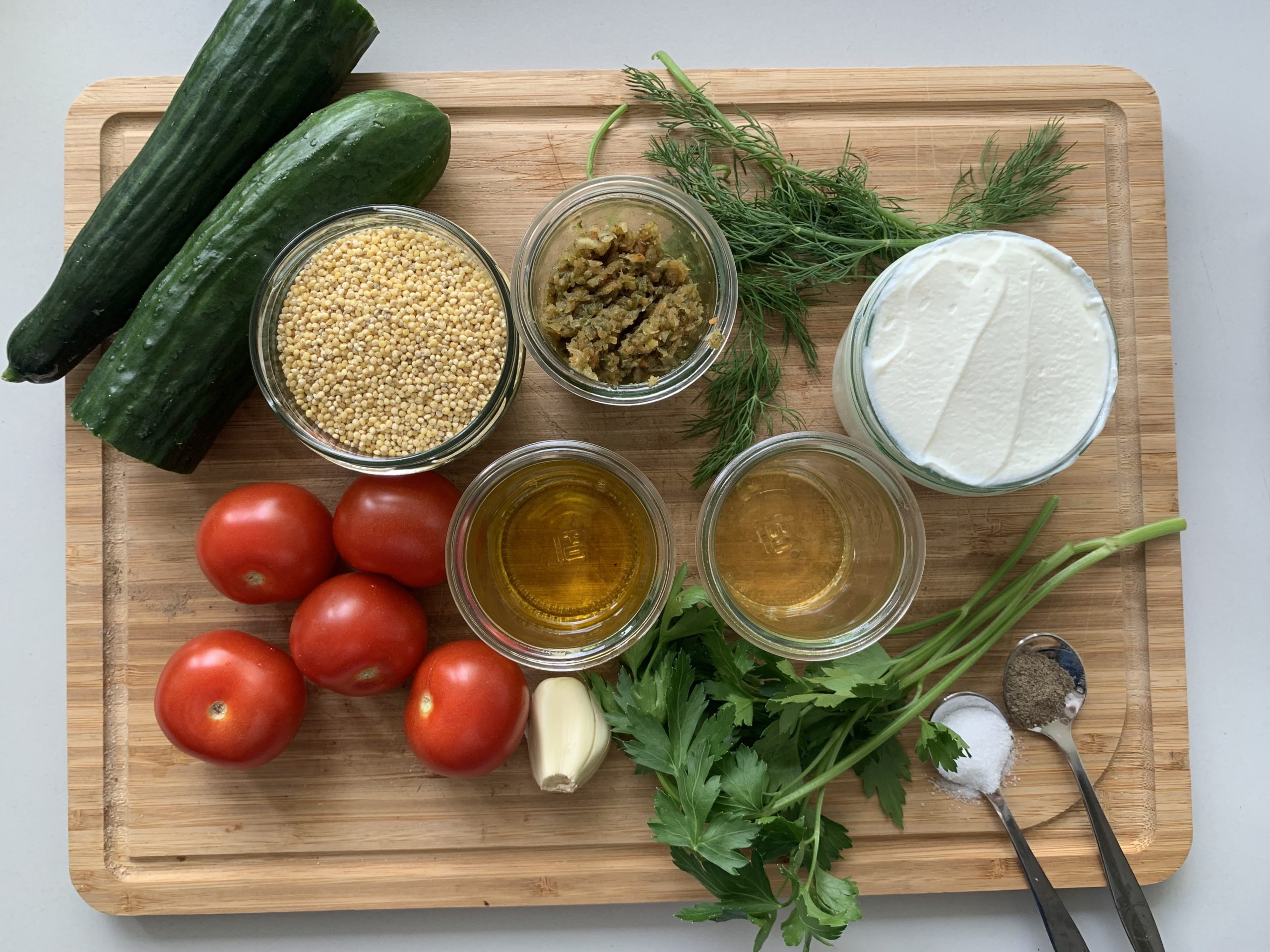 Heat vegetable stock or water in a pot. Wash the millet in a sieve, add to the boiling liquid and cook on a small heat for 10-15 minutes. Then take it off the stove and loosen up the millet with a fork. You can add the parsley stalk, chopped in small pieces. Add the chopped leaves of the parsley later when the millet is cooled down.

Cut the tomatoes in quarters, take out the soft middle part. Cut the rest in pieces

Cut half of the cucumber lengthwise, take out the seeds with a spoon and cut in small dices.

Mix the cucumber, tomatoes, parsey with the cooled down millet and season with salt, pepper, salad oil and apple vinegar to your taste.

Drain the quark in a sieve.

Grate half a cucumber roughly, add two pinches of salt, mix it with your hands. Let it sit for 5 minutes until it sweats.

In the meantime, cut the garlic by hand or crush it with a mincer.

Take the dill from the stalks and cut it roughly.

Squeeze the cucumber with your hands to get rid of excess liquid. Mix it with the quark, dill and the garlic in a bowl, season with salt, pepper, apple vinegar and salad oil to your taste. 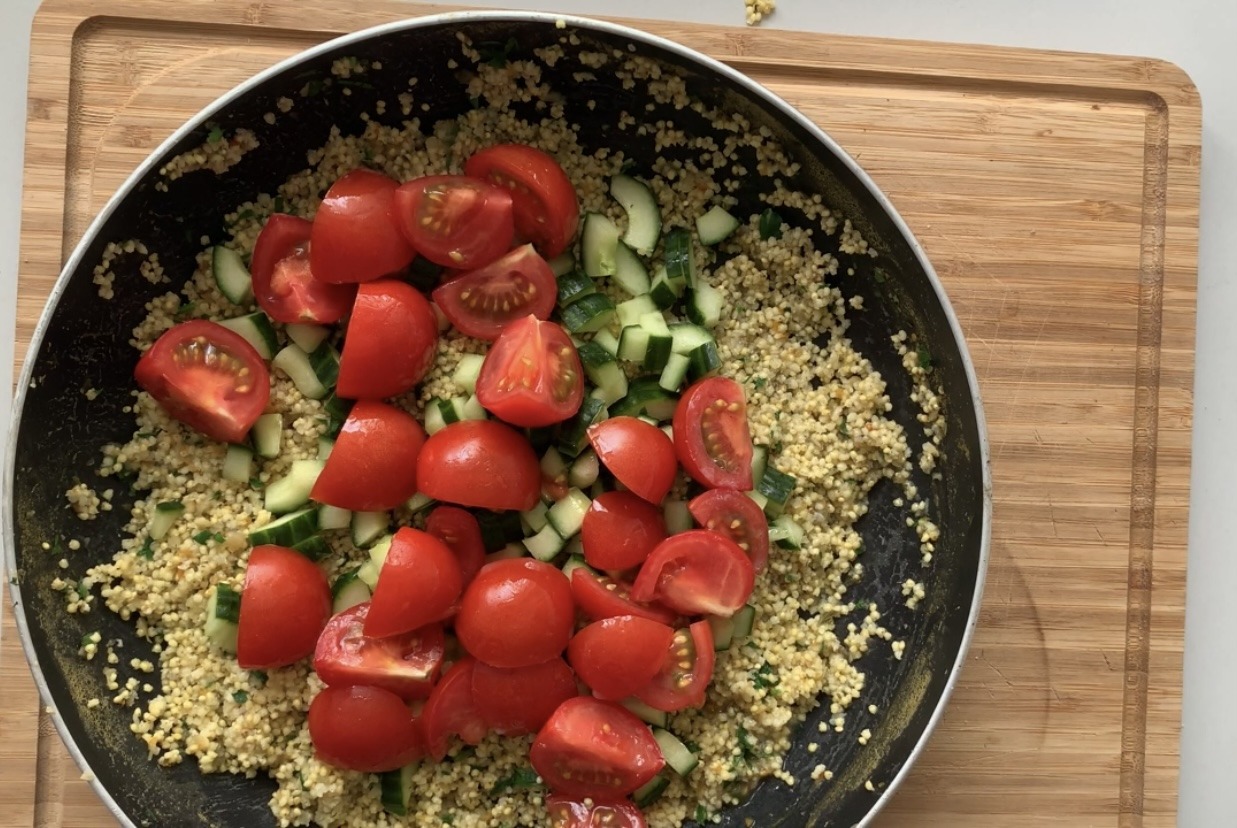 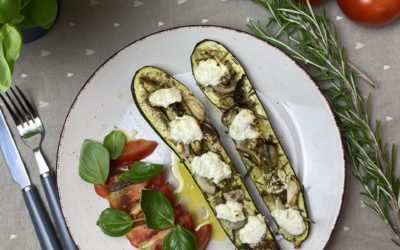 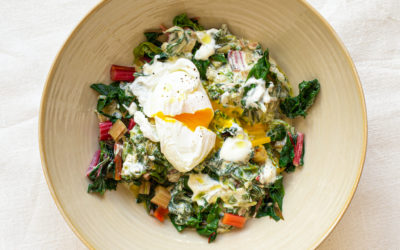 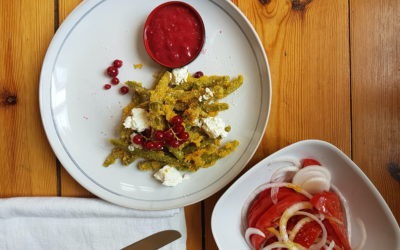 Veggie fries with cream cheese and its marmalade